Things I Have Loved This Week - 19th May

Another week has flown by. I’ve got lots to talk about so here goes! 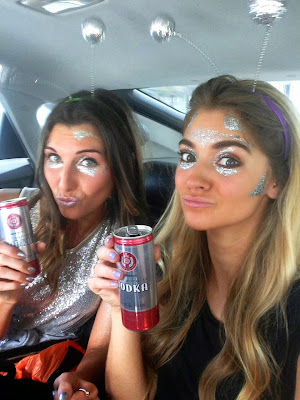 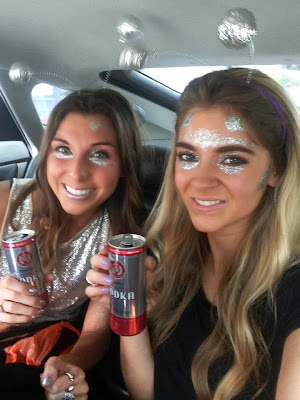 Every year Twickenham Stadium hosts the ‘Rugby 7’s’ – A day where lots of rugby is played, people dress up to the nines and lots of beer is consumed. It was touch and go whether I would be going. My leg is really starting to improve (HALLELUJAH) but I’m still incredibly weary of large crowds, if someone knocks my leg I seriously know about it and I WILL bite…
You only live once and it was a chance to catch up with one of my nearest and dearest friends Chloe. We bandaged my leg up and off we went. Comfort was key that day so I dodged jumping on the ‘let’s spend a truck load of money on our ticket AND our fancy dress costume’ band wagon and I opted for an all black ensemble, shoved a tub of glitter all over my face and wore some sparkly alien antennaes. The theme this year was ‘Out Of This World’ and there were some really incredible costumes. As you can imagine my black outfit only narrowly missed the shortlist for best dressed…

I caught up with so many old friends, the sun was shining, I had a beer in my hand and it was such a great day! No one knocked into my leg which was a complete miracle, I didn’t stumble over and disgrace myself which was even more of a miracle and the day was just fab, until the journey home…
Every road in Twickenham was closed that day so the only method of transport was to follow the herd of thousands of people and walk from the stadium back to the train station. The queue to get a train took over an hour and a half. By this stage I had sobered up and I was desperate to get home. I left all my friends at the stadium enjoying themselves as I was keen to make my getaway. Rubbing shoulders with drunkards in skimpy fancy dress knickers, men squeezing their packages into bikini bottoms (WHY?) and having other people's body paint sweating off their arms and sticking onto my glittery skin is just YUK. I finally got my seat on the train just as a drunken hooligan next to me pulled his pants down and attemptED to wee on the train. Luckily the guard stopped him in time and he was dragged off the train a few minutes later. Amazing day but I’ve realised I’m getting old and boring. My tolerance for drunk people is really starting to diminish, I was more than happy to return home, get my pj’s on and sit in my slippers with a cuppa tea in my hand. The small pleasures. 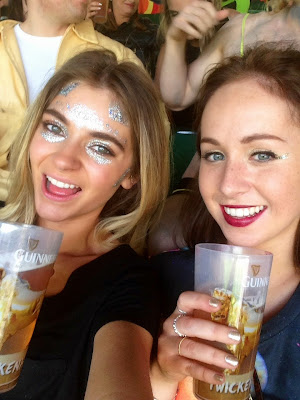 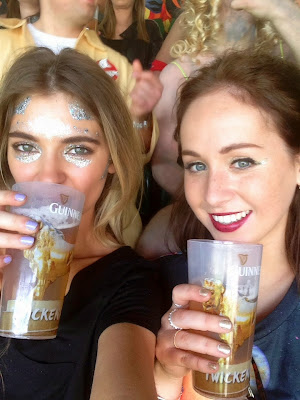 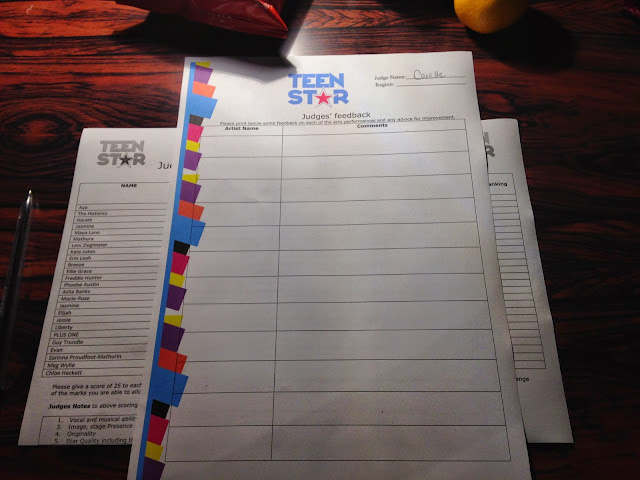 Teen Star is a nationwide singing competition. It’s the UK’s biggest search for teenage and pre-teen singing talent and this year saw just under 10,000 applicants. I was invited to be on the judging panel for the London Area final and jumped at the opportunity! At first it was hard to get my head around it. I’ve been asked to judge? Me?
Years ago when I was taking my singing career seriously I knew SO much about Teen Star and its sister company Open Mic UK. Despite never having the balls to enter I knew what a great platform it was for young emerging talent. Who was I to sit at the front of the stage and score each act? Some of the kids were under 12 years old! I was blown away by their confidence and passion for performing and I admired them all so much. The talent was unbelievable and it was awesome to have an entire theatre packed out in support for these young kids. It worked a little like X Factor. There was a huge stage, a table in front of the stage for judges and industry professionals and behind us were a sea of supportive faces! Throughout the competition the microphone was handed over to me and I was able to say what I was looking for in an act and whose performance I enjoyed so far. I felt so lucky to be able to spend the day encompassing both my experience as a singer songwriter but also use my presenting skills to talk to a room of hundreds of people.  Well done to EVERYONE that entered, you blew me away with your talent and confidence. I could never have got up on a stage like that at 8 years old. You’re all brilliant.

I will be writing a blog post about my day in a little more detail. I want to specifically talk about which performances impressed me and what were the sort of things I was looking for. My opinion is ONLY an opinion but I know if years ago I found a little blog post from a previous judge I’d have been really keen to see how they were scoring each act and what they were looking for. Even if it only helps just a couple of young singers then I’m happy. Keep your eyes peeled for it :) 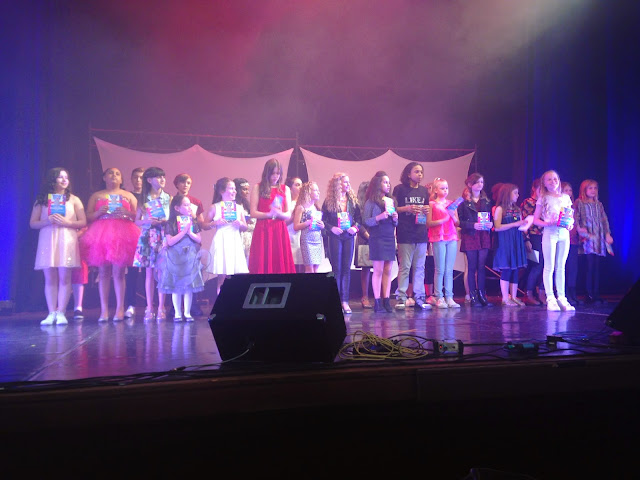 I’ve realised this week just how the simple things in life with friends can mean so much. I had an amazing time at the rugby with Chloe but in all honesty the night before when I snuggled in her dressing gown and she made me a cuppa and we talked about anything and everything was my favourite part of my whole weekend with her. I become so used to speaking to my friends over Watsapp and txt message it’s really special to just be in their company, no TV and no iPhones glued to our side.

A few days later my friend Holly came home and we caught up over an incredibly indulgent hot chocolate with all the trimmings. I speak to Holly most days over Watsapp but there’s something so different about old fashioned conversation. When you ask someone face to face how they are you can get SO much more detail out of them. I’m in the worst habit of saying ‘yeah I’m fine thanks…’ over txt message when actually I should be offloading and sharing my stresses and thoughts to a friend. We spoke about careers, boys, general life stuff and it felt so so good! Thank you Holly and Chloe for the simple things. Great drinks and great conversation. 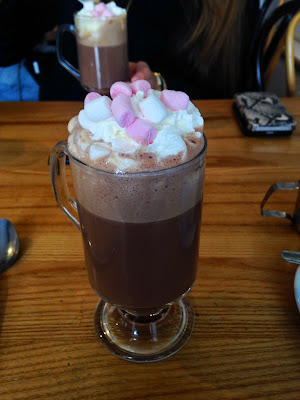 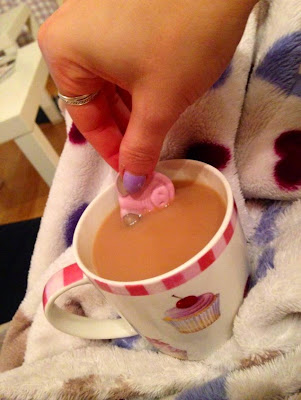 When I dropped Holly home from our hot chocolate hour we noticed a little girl on the side of the road raising money for Nepal. She was standing behind a table outside selling lemonade and juices for 50p. When I saw this it literally melted my heart and Holly and I soon raced out the car to go chat to her. Luckily I had plenty of change in my purse (makes a change...) I handed the young girl a few pounds and Holly and I took our juices. She was such a sweet bundle of energy and I can imagine how proud her Mum must have been of her for standing out on the street raising money for such a great cause. Well done Lucy, it was lovely to meet you! 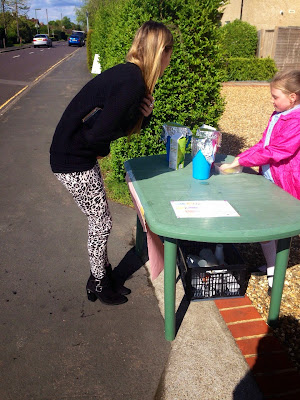 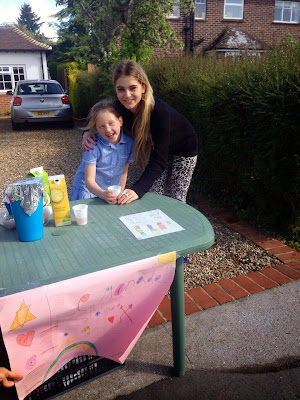 I was really hoping to get this blog post up yesterday but I had to deal with a rather unfortunate encounter last night. My cat snuck into my bedroom yesterday morning and despite being allergic to her it was quite a novelty and privilege to be paid a visit! (I normally religiously shut my bedroom door so she can’t sneak in). My cat sat on my bed for 10 minutes whilst I got ready to leave the house. I came back into my bedroom before heading out the door, had a thorough look around to make sure she was NO longer in my room and I firmly shut the door behind me. Hours later I came home to find my cat had been in my bedroom ALL that time. She must have been hiding in my wardrobe, sneaky bugger... To my horror she had peed ON MY BED. Nope, not on the carpet, not on the dirty towel I had left on my bedroom floor but MY ACTUAL BED. I spent the evening washing everything and scrubbing my mattress like my life depended on it. My bed is now spotless but I’m still unhappy...

Here’s a picture of Delphi before she committed the crime of the century. Butter wouldn’t melt… (Love you really pissy pants.) 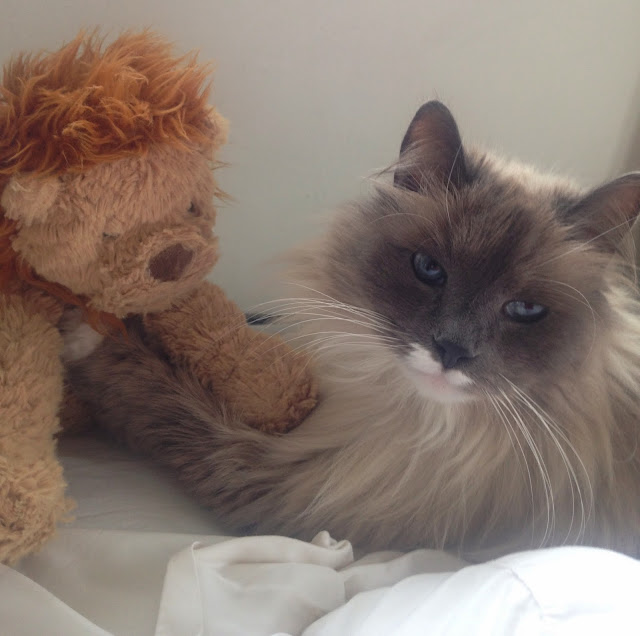 Thank you for reading, have a wonderful week and I will see you in my next bloggy :)